No officers on scene were injured, nor did they discharge their firearms. 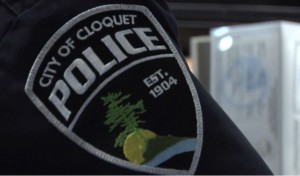 CLOQUET, Minn.- After an hours long standoff with police Saturday, an man who entered a home and threatened residents with a gun in Cloquet shot himself, according to the Cloquet Police Department.

Officers responded to a home on Ridge Road in Cloquet around 10:19 a.m. Saturday, on a report of a 20-year-old man armed with a gun who entered the house and threatened the residents.

According to the Cloquet Police Chief, the man and the residents were known to each other, and investigators do not believe the incident was random.

Responding officers were able to get others out of the house safely.

According to authorities, negotiations lasted for approximately 2 ½ hours to get the suspect to surrender. When those failed, officers used less than lethal efforts to bring an end to the event.

While attempting to bring the incident to a peaceful ending, Cloquet P.D. said, the man produced a handgun and took his own life.

No officers on scene were injured, nor did they discharge their firearms.

According to investigators, the name and identity of the 20-year-old, from the Twin cities, is not being released pending next of kin notifications.