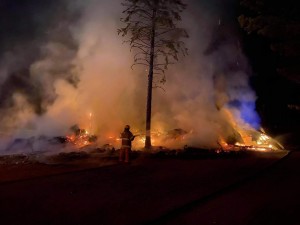 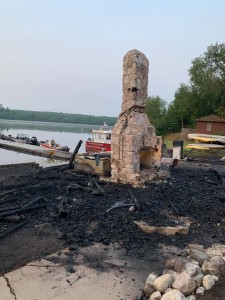 The Sheriff’s Office responded to a structure fire at the Life of Riley Resort around 1:17 a.m. Sunday.

According to authorities, the fire started in a resort gazebo, then spread to two nearby buildings.

No injuries were reported. The structures were complete losses.

Below is a statement posted on the Life of Rile Resort’s Facebook page:

“The news is spreading quickly. Yes we have had a unfortunate fire here at the resort. In the realm of worst case scenarios we were very fortunate. Nobody was hurt! Only unoccupied buildings went up. Gazebo, bait house, store, game room, and the PJ’s. It was seen early and with quick response not only from guests and staff but all those that came out on the call- Cook Fire, Buyck Fire, Vermilion Fire Brigade, EMS, Sheriff, Lake Country Power, and more. Thank You to all that helped contain and put out the blaze. In typical Riley fashion, if you show up to help, we feed you. The guys got coffee and an early breakfast before we let them go. Now assessment and clean up to begin.”