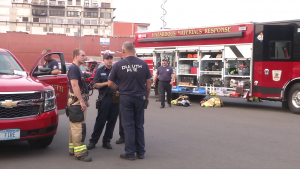 DULUTH, Minn. – An ammonia leak forced an evacuation Tuesday evening at the DECC, according to Duluth Fire Chief Shawn Krizay.

The fire department got the call for help around 7 p.m. Tuesday for the leak at the Curling Club. 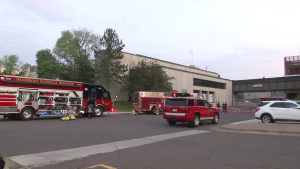 Hazmat crews were called in to figure out where the leak was coming from.

Krizay confirmed to FOX 21 that the leak came from the refrigeration room that keeps the Curling Club’s ice frozen.

There were no reports of any injuries or hospitalizations, as of last report.

Amsoil Arena and Marcus Theatres were not affected.

“No DECC staff, first responders or members of the public have been injured in this incident and there is no threat to the greater area. The presence of anhydrous ammonia in the released cooling agent requires that authorities and first responders evacuate the area until it is determined safe to return to this space,” Hartman said.