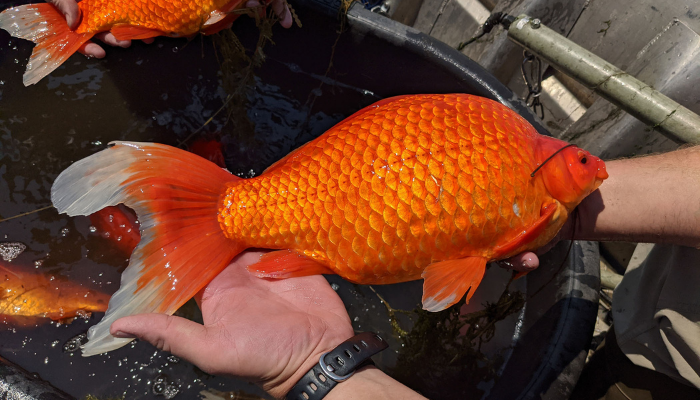 The goldfish, which can grow to the size of a football, compete with native species for food and increase algae in lakes.

Eighteen more fish were found Monday. Some were 18 inches long and weighed about 4 pounds.

Burnsville issued a plea on Twitter, saying: “Please don’t release your pet goldfish into ponds and lakes!” The big goldfish are being captured and killed.

Please don’t release your pet goldfish into ponds and lakes! They grow bigger than you think and contribute to poor water quality by mucking up the bottom sediments and uprooting plants.
Groups of these large goldfish were recently found in Keller Lake. pic.twitter.com/Zmya2Ql1E2