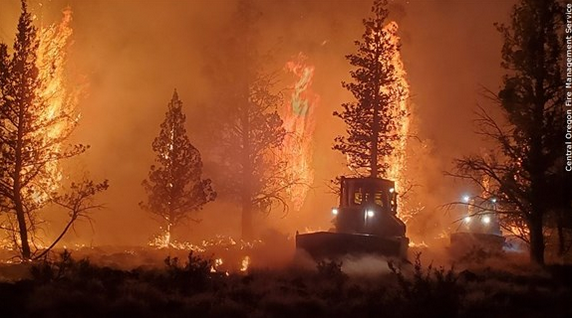 MOORHEAD, Minn. (AP) — Burning wildfires in Canada are causing air quality issues in parts of the U.S., including Minnesota and North Dakota.

The smoke is lingering closer to the ground, according to weather experts.

“Sometimes it stays aloft, but in this particular case behind the front, the smoke is finding its way closer to the surface. That’s why we are able to smell it and it’s affecting the air quality,” said Carl Jones, a meteorologist from the National Weather Service.

Those with asthma, COPD, or other respiratory illnesses can be at risk.

“It’s an airway irritant. There are little particles in the smoke that would get into the airways and irritate them,” said Dr. Lori Shoman, the respiratory therapist supervisor for Sanford Health. “Anybody who gets shortness of breath should be aware of the conditions outside before they go outside and monitor how they are feeling.”

Dr. Shoman said even those without a respiratory illness, the change in air quality could impact them also, KVLY-TV reported.

“If you are exposed to any irritant for any length of time you could develop those symptoms as well,” she said.