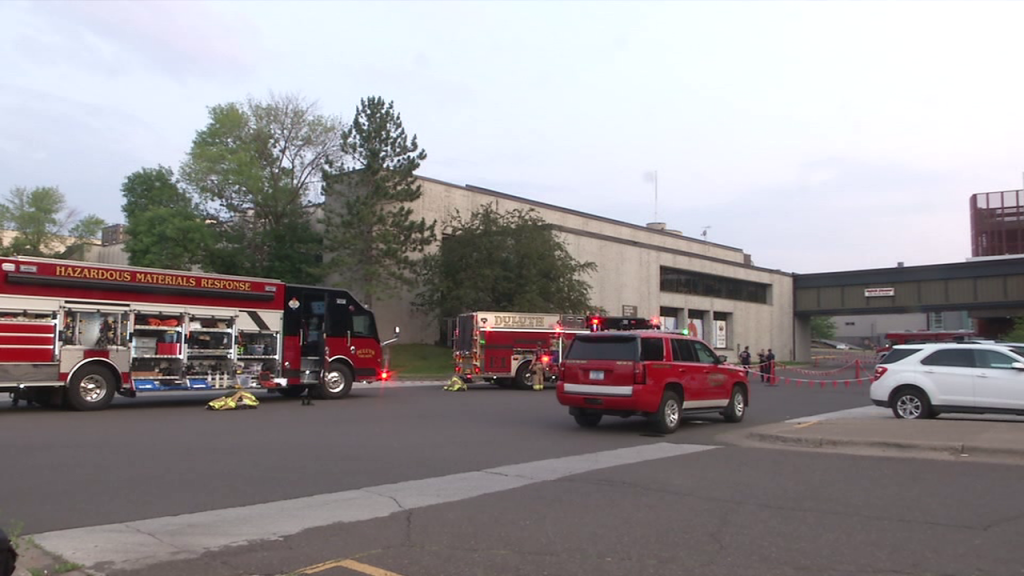 DULUTH, Minn. – Harbor Drive has re-opened to vehicular traffic following an ammonia leak at the DECC that caused an evacuation of the building Tuesday night.

According to city officials, the Minnesota Slip Bridge is also now re-opened to pedestrian traffic.

DECC officials also say the majority of the DECC has reopened Wednesday morning as well.

Duluth Fire crews remained on the scene Wednesday and found “0 parts per million of ammonia in publicly occupied spaces.”

“Crews remained on scene for several more hours providing support to DECC engineers to ventilate the remaining spaces containing ammonia,” said Assistant Chief Dennis Edwards. “Just last week the Fire Department obtained a new Chemical Assessment Team (CAT31), a heavy rescue hazmat response apparatus that was very helpful in our response last night. This is one of four of the new apparatuses in the state.”

The fire department got the call for help around 7 p.m. Tuesday for the leak at the Curling Club.

There were no reports of any injuries or hospitalizations, as of the last report.

Amsoil Arena and Marcus Theatres were not affected.

In a statement released Wednesday afternoon, DECC Communications Director, Lucie Amundsen said, “We at the DECC want to thank the City of Duluth, Duluth Fire Department, Duluth Police Department, and Public Works Department for their impressive response. Also, our thanks goes out to the DECC engineering staff for their around-the-clock stewardship and expertise of the facility through this event.”