DULUTH, Minn. – The city of Duluth’s main tourism marketing arm since 1935, known as Visit Duluth, is a finalist for next year’s one-year contract, as Mayor Emily Larson looks to possibly go a different direction with a mission to “elevate the brand of Duluth,” according to the Request for Qualifications document put out by the city.

The Mayor’s Office confirmed to FOX21’s Dan Hanger Wednesday that 28 marketing businesses (see below) applied to be considered as a finalist to handle the city’s destination marketing.

The city’s attorney says a state statue does not allow the finalists to be publicly named during the Request for Proposal (RFP) process.

But Hanger confirmed independently that Visit Duluth and the Duluth Entertainment Convention Center (DECC) are finalists. 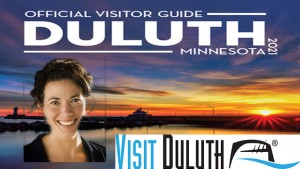 This comes after Mayor Larson last year directed the boards of Visit Duluth and the DECC to discuss the pros and cons of a possible merger, as both were facing severe financial challenges during the pandemic.

In the end, the boards felt it was not the right time to vote on a merger.

Meanwhile, the city has hired Duluth marketing firm Giant Voices to assist in the process of choosing who will get next year’s marketing contract to not only fill hotel rooms but also bring “innovative marketing strategies and storytelling capabilities to the table.”

A contract decision is expected at the end of July.

The list below is the 28 marketing businesses that applied with the goal of becoming a finalist in the process.  The names of the finalists will be released by the city after a new contract is officially signed, per state statute (below), according to the city.

Here’s the state statue the city provided for the reason to not publicly identify the finalists.   The city has also not said how many finalists were chosen.

(b) Data submitted by a business to a government entity in response to a request for proposal, as defined in section 16C.02, subdivision 12, are private or nonpublic until the time and date specified in the solicitation that proposals are due, at which time the name of the responder becomes public. All other data in a responder’s response to a request for proposal are private or nonpublic data until completion of the evaluation process. For purposes of this section, “completion of the evaluation process” means that the government entity has completed negotiating the contract with the selected vendor. After a government entity has completed the evaluation process, all remaining data submitted by all responders are public with the exception of trade secret data as defined and classified in section 13.37. A statement by a responder that submitted data are copyrighted or otherwise protected does not prevent public access to the data contained in the response.

Mayor Larson has not spoken publicly about this process to date — but she did release a statement to FOX21 July 1. You can read that below:

“We launched a new application and reporting process to increase transparency of public investment and to better track consumer and tourism activity. We did this so that we could have a better understanding of our role and impact on a sector that drives millions of visitors, hundreds of millions of dollars, employs hundreds of residents and helps us maintain year round economic stability.

We began this with attractions and are now moving to apply this same value-driven approach to the marketing and convention side of our public investment. We are now evaluating the request for qualifications (RFQ) submissions and will issue a request for proposals (RFP) to a select number of entities in the coming weeks.

We are confident that this robust and thoughtful process will yield financial value for our public investment and an exciting long term tourism vision for and with the City.”