Efforts are underway to recover the firearm. There is no danger to the public. 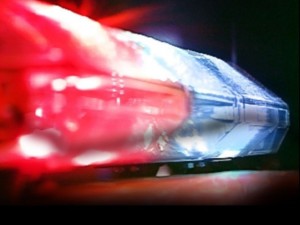 DULUTH, Minn.- Duluth Police have determined it was an accidental self-inflicted gunshot wound that sent a man to the hospital Thursday evening.

According to a post on the Department Facebook page at 10:50 p.m., investigators determined that the 35-year-old male victim was traveling in a vehicle when the discharge of the firearm occurred.

They learned the gunshot wound was accidentally self-inflicted. The victim was struck in the leg and the injury is non-life-threatening.

Efforts are underway to recover the firearm. There is no danger to the public.

DULUTH, Minn.- Duluth police are investigating after a man arrived at a local hospital for a gunshot wound Thursday evening.

The location of the incident and the status of the 35-year-old victim’s injuries were not immediately known.

“Officers are currently conducting interviews,” according to Mattie Hjelseth, public information officer for the police department.

No other details were provided as of the latest release at 9:45 p.m.