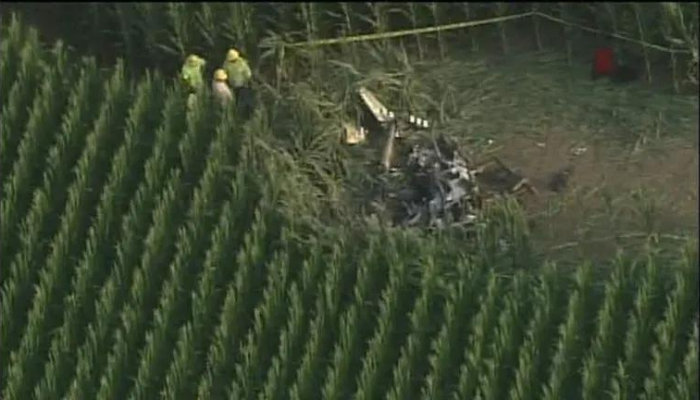 ELGIN, Minn. – Sheriff’s officials say the pilot of a helicopter has died in a crash in southeastern Minnesota.

Authorities say 40-year-old Corey James Adcock from Victoria County, Texas was crop dusting Monday afternoon when the helicopter blades got caught in some power lines near Elgin and the chopper crashed and caught fire.

Adcock, the only one on board, was pronounced dead at the scene.

The crash scene is about 10 miles northeast of Rochester.

The Federal Aviation Agency and National Transportation Safety Board are investigating.