Crews Respond to Structure Fire on Tower Ave in Superior 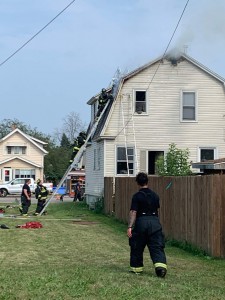 SUPERIOR, Wis.- Superior Fire crews are responding to a structure fire on the 2300 Block of Tower Ave Friday, which produced heavy smoke.

According to our FOX 21 reporter on the scene, no one was in the residence so there were no injuries.

Crews said two dogs were rescued, but “multiple” cats died in the fire.

According to the Battalion Chief on scene, the majority of the fire is in the attic area. As of 5 p.m., there were no visible flames, just smoke. Crews were still on site containing it.

This is a developing story, more details to follow.