CLINTON, Minn. (FOX 9) – Firefighters in western Minnesota have battled for hours to contain a large fire that erupted in a grain elevator.

According to the Big Stone County Sheriff’s Office, crews were called around 10:45 a.m. on Sunday for smoke billowing from the Wheaton-Dumont elevator in Clinton, Minnesota — just east of the South Dakota border and a three-hour drive west from the Twin Cities.

As crews arrived, the fire grew until large flames were shooting from the machine. As a result, the county ordered nearby residents to evacuate the area.

Since that time, crews have continued the battle against flames, with farmers, local business,es and highway workers all joining firefighters to haul in water.

Residents in Clinton were also asked to conserve water use while firefighting operations were underway.

While the evacuation order has been lifted, people who live nearby that have breathing issues should take precautions, particularly as winds shift overnight. The Red Cross is providing housing to anyone who needs help and city officials in Clinton are reaching out to residents.

Roads near the grain elevator are also expected to remain closed overnight as efforts continue. There have been no reported injuries from the fire. 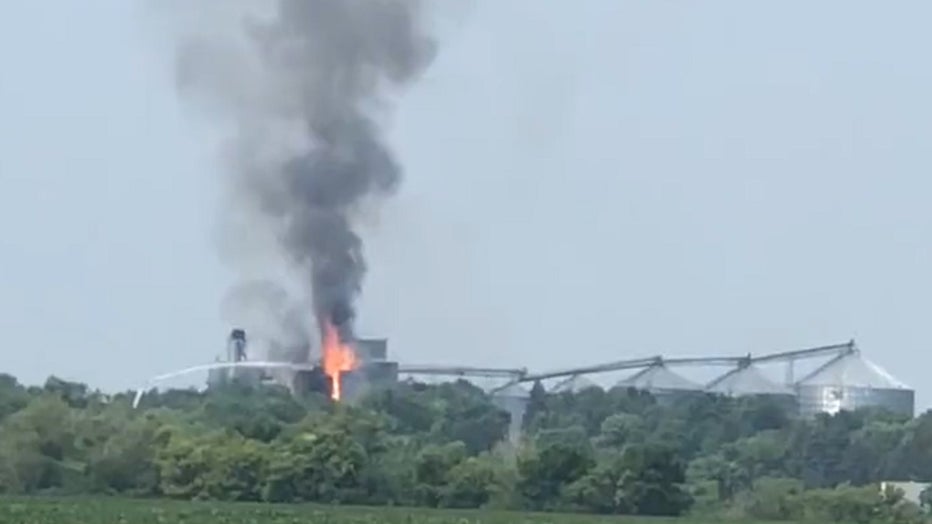