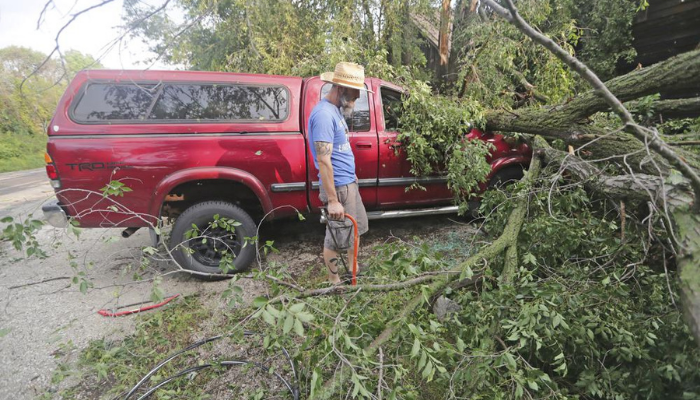 The severe weather stretched from the Mississippi River to Lake Michigan and began Wednesday evening in northwestern Wisconsin.

By 2 a.m. Thursday, the numerous tornado warnings around the state had expired.

The National Weather Service surveyed hard-hit areas in southeastern Wisconsin and confirmed it was a tornado that brought down power lines, trees and caused structural damage near Concord in Jefferson County.

Gov. Tony Evers signed a declaration imposing a state of emergency in Wisconsin. Evers’ order directs state agencies to help those impacted by the storms. It also allows the Wisconsin National Guard to be activated to support local authorities with recovery efforts.

Electricity was knocked out to about 90,000 customers across the state, according to the tracking website PowerOutage, US.