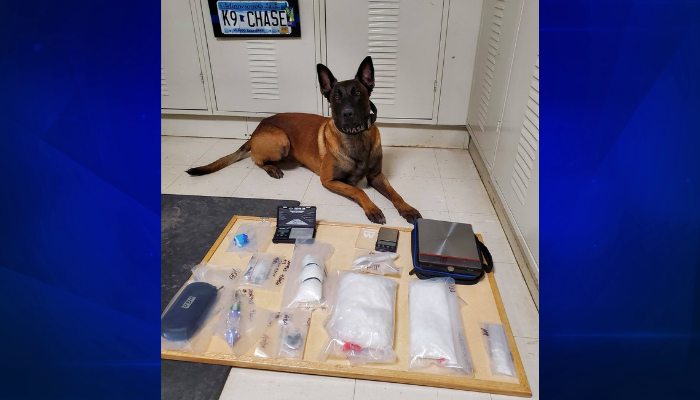 HIBBING, Minn. – Two people have now been federally indicted for trafficking and distributing controlled substances after Hibbing police, with the help of K9 Chase, located drugs in their vehicle during a traffic stop in April.

According to authorities, Hibbing officers conducted a traffic stop on an SUV around 1:50 a.m. on the morning of April 20.

During the traffic stop, K9 Chase was used on the vehicle for a Narcotics Sniff and detected the presence of narcotics in the vehicle.

Authorities located 3.596 pounds of suspected methamphetamine, 13.5 grams of suspected heroin, and multiple drug paraphernalia items and items that indicate the distribution of controlled substances during a search of the vehicle.

The occupants of the SUV were identified as 42-year-old Antoine Marcel Fickas and 40-year-old Lizabeth Ann Skarja.

Fickas and Skarja were arrested and charged at that time.

An investigation into the incident has now led to both parties being federally indicted for trafficking and distribution of controlled substances.