Officer Dead After Burst of Violence Outside Pentagon 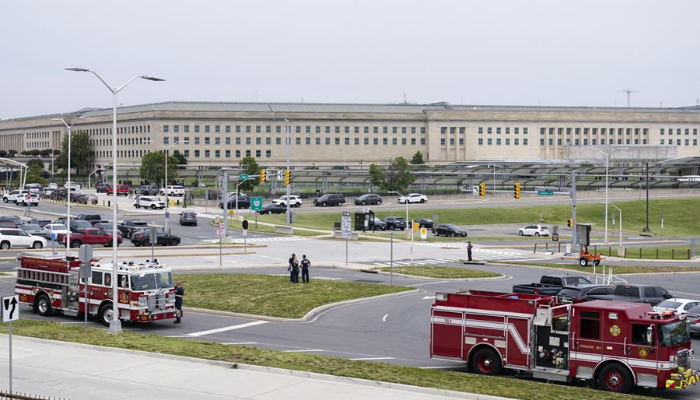 UPDATE: WASHINGTON (AP) — An officer died after being stabbed Tuesday during a burst of violence at a transit station outside the Pentagon, law enforcement officials said.

A shooting resulted in the Pentagon being locked down for more than an hour. A Pentagon officer who was stabbed later died, according to officials who were not authorized to discuss the matter and spoke to The Associated Press on condition of anonymity.

More details about the violence were expected at a Pentagon news conference.

WASHINGTON (AP) — Gunshots were fired Tuesday morning near the entrance of the Pentagon, resulting in multiple injuries. The facility, the headquarters of the U.S. military, was placed on lockdown.

The Arlington County Fire Department reported “multiple patients,” but it wasn’t immediately clear if they had been shot or the extent of the injuries.

The incident occurred on a Metro bus platform that is part of the Pentagon Transit Center, the Pentagon Protection Force Protection Agency tweeted. The facility is just steps from the Pentagon building, which is in Arlington County, Virginia, just across the Potomac River from Washington, D.C.

An Associated Press reporter near the building heard multiple gunshots, then a pause, then at least one additional shot.

A Pentagon announcement said the facility was on lockdown due to “police activity.”

Metro subway trains were ordered to bypass the Pentagon due to a police investigation.