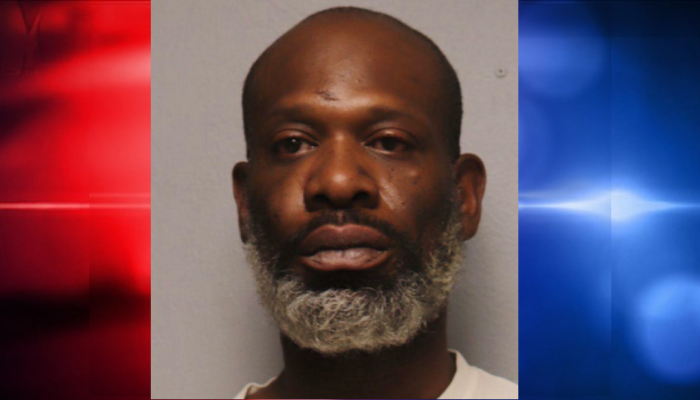 DULUTH, Minn. – A Duluth man who was arrested for a shots fired incident in the Spirit Valley neighborhood on Saturday was previously sentenced to more than 13 years in prison after pleading guilty to shooting a man in the jaw in 2007.

According to reports, officers responded to reports of shots fired around 2:30 a.m. Saturday on the 4700 block of Grand Avenue.

Witnesses to the shooting incident told authorities that a male was arguing with a female when the male “pulled out a gun and fired a round in the direction of the female.”

According to the criminal complaint, witnesses said the male then fled on foot and were able to give a physical description of the man that fired the shots.

Court reports say about an hour later officers responded to reports of a domestic assault at a residence on 87th Avenue West.

When officers arrived at the address they spoke with the male 911 caller who told officers that 46-year-old Eugene Bryant Davis had shot at him earlier on the 4700 block of Grand Avenue.

According to the complaint, the man told officers that his girlfriend had received a call from a friend who said she had gotten into an altercation with Davis.
The male and his girlfriend drove to her location on Grand Avenue, where the male said Davis “squared up to him and swung” at him but missed.

The male victim told officers that he swung back and hit Davis in the face.

According to the complaint, the man told police that Davis then pulled out a handgun and said “I got something for that” and shot at him.

The male victim said he believed Davis was trying to shoot his knee but missed struck his vehicle instead.

The man and his girlfriend then got into his car and drove away when Davis shot another round at his vehicle, according to the complaint.

Officers confirmed that the victim had two bullet holes in his car.

Davis was located at the 87th Avenue West address and was arrested. He has been charged with second-degree assault, possession of a firearm by a felon, and intentional discharge of a firearm that endangers safety.

Davis had previously been charged with first-degree assault in connection to a May 10, 2007 shooting of Wallace Peters in front of a Morgan Park apartment complex. According to court records, Davis shot Peters in the lower part of his jaw.

As part of a plea agreement reached with the St. Louis County Attorney’s Office in 2007, charges of attempted first-degree murder, possession of a firearm by a felon, and bribery were dismissed.

Davis was previously sentenced to 13 years and 4 months in prison for the shooting of Peters.