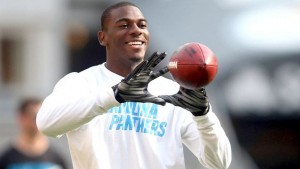 “I want to apologize for the disparaging remark I used tonight,” Funchess said in a statement posted on Twitter late Saturday night. “It was not OK. I have grown to develop deep personal and business relationships in the Asian community! I meant no harm, and those that know me, know I have love and respect for all cultures and people. I will learn from this and will continue to grow as a person. I’m forever sorry!”

General manager Brian Gutekunst called Funchess’ comment “very unacceptable” and added that it “certainly doesn’t live up to the standards and values of the Green Bay Packers.”

“We’ve addressed it with Devin,” Gutekunst said Sunday. “He knows it’s unacceptable. I do think he’s sincerely remorseful and will hopefully learn from this. … I do want to say that’s something that is not condoned and it’s certainly, it doesn’t live up to what we believe here with the Green Bay Packers.”

Gutekunst was asked if the Packers considered releasing Funchess over the remark.

“Not at the moment,” Gutekunst said. “I think through the conversations that we’ve had, I think — and there’s going to be more — but I think that his apology was sincere. I think he made a mistake and (it) certainly can’t happen again.”

Funchess, 27, signed with the Packers in April 2020 but hasn’t played a down for them. He opted out of last season and noted at the time his family had been directly impacted by the pandemic.

Funchess had 21 touchdown receptions for the Carolina Panthers from 2015-18. He signed with the Colts but fractured his collarbone in the 2019 season opener and missed the rest of the season.