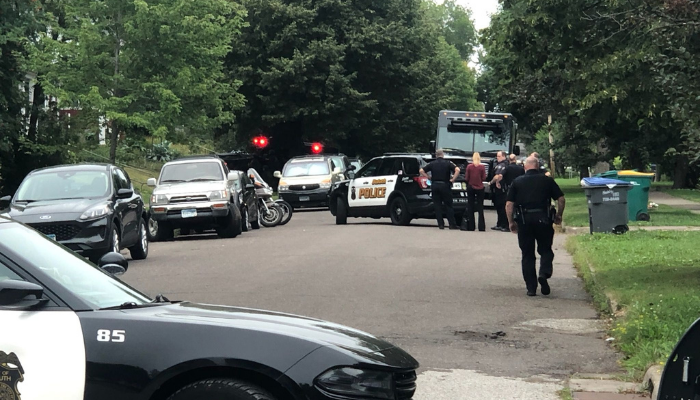 UPDATE: Duluth police say Tuesday’s shooting stemmed from an altercation the suspect and victim had with each other earlier in the day.

The suspect and victim were known to each other and this was not a random shooting.

Authorities say the victim is currently listed in stable condition.

UPDATED: At 11:26 a.m. Duluth Police tweeted that a second suspect has been arrested in relation to the shots fired incident in the East Hillside neighborhood.

No other information has been made available at this time.

11:30 Update:
Another individual is in custody in relation to the shooting. Stay updated with us as this is an active and ongoing investigation.

DULUTH, Minn. – Authorities say a suspect has been arrested in connection to Tuesday morning’s shots fired incident in the East Hillside neighborhood.

Duluth police report the suspect was arrested in the 1900 block of Jefferson Street.

Police responded to the area of 15th Avenue East and Superior Street early Tuesday morning on reports of shots fired.

One person was shot in the incident and is in the hospital with unknown injuries.