Visit Duluth is being offered a significantly smaller second contract for "convention and visitor center operations."

DULUTH, Minn. – After 85 years as Duluth’s main tourism marketing arm, Visit Duluth will no longer have that title come 2022 — pending council’s approval — as Mayor Emily Larson continues to scrutinize how millions of dollars in tourism tax revenue is handed out every year.

Larson made the big announcement Tuesday by saying her team has chosen Minneapolis-based Bellmont Partners to handle Duluth’s “advertising and promotional services” for a one-year $1.8 million contract.

“Choosing a new approach is not about what was lacking in the existing partnerships we had – it’s about what’s possible in elevating our brand, expanding our audiences, engaging new voices from throughout the community, leveraging our investments and using data to get us there,” Larson said.

Bellmont’s previous and past clients include South Dakota Tourism, Explore Minnesota and the Mall of America.

But Visit Duluth isn’t being left in the dark completely.

Larson believes the move is bold and uncomfortable for some, but the best for Duluth right now.

“For 85 years we have had a single entity that worked to meet the needs of marketing and promotion for the community,” Larson said. “We should lead. For decades the city has not asserted our rightful place out of fear of disruption and discomfort. 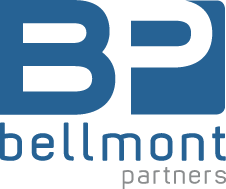 Bellmont Partners was chosen after 28 organizations applied for the contract, including the DECC, through an application process that’s never happened until now.

In an exclusive sit-down interview after Tuesday’s press conference, Mayor Larson told FOX 21’s Dan Hanger the decision to change course with the city’s marketing is not personal and was not easy, but the right move after a months-long process that also involved local candidates.

“We’re a public organization; we put things out publicly; we’re expected to get our biggest bang for every buck,” Larson said. “This wasn’t about we need a new perspective. We can’t handle this current perspective. It was about what is the story we are going to tell at this time moving forward.”

Larson believes Bellmont Partners is ready to take on Duluth’s advertising and promotional services to the next level with the $1.8 million in tourism dollars to fund the effort. She says she’s particularly impressed with the company’s expertise in promoting a multi-day experience in the city that goes beyond Lake Superior and Canal Park while also wrapping in vibrant experiences people can have in the city’s neighborhoods.

“And I think that helps bring neighbors closer to seeing the value of tourists and visitors when they see and understand that visitor experience is also helping pay to keep my neighborhood coffee shop open,” Larson said.

Bellmont Partners released the following statement Tuesday while answering if the company would work with Duluth companies on marketing projects:

“Helping Duluth elevate its place in the travel industry is a dream assignment for Bellmont Partners and our partner Lawrence & Schiller. As longtime visitors to Duluth, we’re thrilled about the prospect of putting our years of tourism experience to work as the recommended partner for the City of Duluth, and we look forward to presenting our capabilities and vision to the City Council.

We look forward to working with as well as highlighting the wide range of Duluth-based businesses and people that make the city such a special place to live, work and visit. There are many discussions to come and decisions to be made in partnership with the City of Duluth after the resolution is approved by the City Council.”

Meanwhile, as part of Larson’s new direction, she is offering Visit Duluth the $400,000 contract to handle convention coordination and visitor center operations. The two contracts equal the $2.2 million normally set aside annually for Visit Duluth in the past.

Larson understands it’s not what Visit Duluth ultimately applied for, but she says Visit Duluth is perfect to handle that part of the new two-part approach to make the city shine beyond what it already has to date.

“[Visit Duluth] won that area fair and square. This is not a how do we keep someone in, it was who’s going to be the best to do with work with the community,” Larson said. “This is not about pushing someone in or out. This is about who is best equipped right now, who is making the pitch of where we need to go in these areas.” 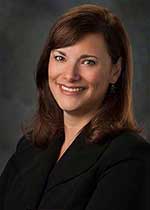 Visit Duluth’s board and its president, Anna Tanski, met late Tuesday afternoon to discuss what’s next for the longtime organization, which still has six years left on its lease in the Holiday Center along West Superior Street downtown.

“At this time the Visit Duluth team and board of directors are working hard to reach a decision regarding the proposal to manage the convention and sports sales effort on behalf of the City. We’ve requested some additional information from Mayor Larson to assist in this process and ensure we make an informed decision that produces a successful outcome for the City.”

The council will vote on Bellmont’s contract Monday, Aug. 16 after a Committee of the Whole meeting where Larson will walk through the process she wants for marketing while having representatives from Bellmont available to answer questions.

Meanwhile, an online application process has begun on the city’s website for any tourism-related organization that wants to be considered for 2022 tourism tax allocations. Outside of the pandemic in 2020, tourism tax revenue has added up to around $12 million a year.  About half of it is pre-committed bond repayments and legislative requirements, along with marketing before the rest is given out to entities that revolve around attracting visitors to Duluth.

And the city will also be hiring a new “tourism, arts, and culture” position funded through tourism tax revenue to manage outcomes and goals around hotel, motel, food and beverage taxes annually — also known as tourism tax revenue.

How Frosty Ridge Keeps Their Alpacas Warm During The Winter