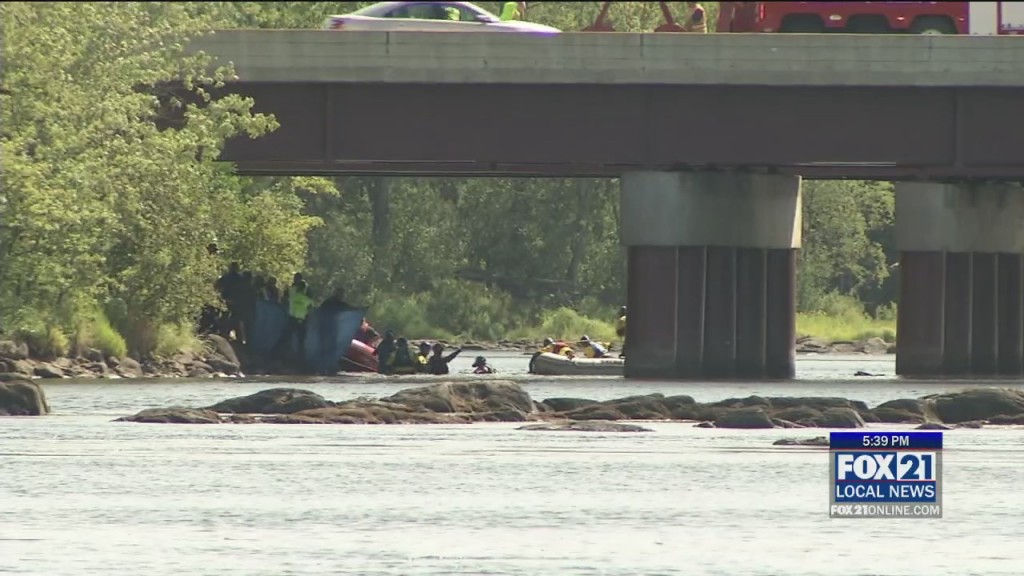 UPDATE: CLOQUET, Minn. – The man who was driving and the woman who was a passenger in a pickup truck that went into the St. Louis River on Tuesday have both died, according to Minnesota State Patrol.

The driver was 80-year-old Steven Henry Kimber and the passenger was 78-year-old Barbara Jean Kimber. Both were from Carlton.

Alcohol was not a factor in the crash, according to the MSP. Both were wearing seat belts at the time.

The incident happened just past noon on I-35 South near Cloquet at mile marker 239.

It’s unclear what caused the truck to leave the roadway and fall into the river where it became submerged.

CLOQUET, Minn. – A crash on Southbound I-35 near Cloquet has lead to a lane closure.

According to Cloquet authorities, the closure is at mile marker 239.

According to a press release, vehicles should expect delays in that area.

A vehicle was seen being pulled out of the St. Louis River at approximately 3:30 p.m.