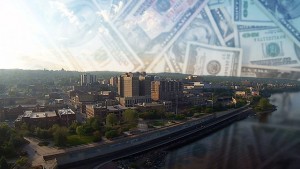 DULUTH, Minn. –  The city council made a historic vote Monday evening to approve a new $1.8 million tourism marketing contract to a firm in Minneapolis – Bellmont Partners and its partner Lawrence & Schiller — instead of Visit Duluth, which has held the job since 1935.

Councilor Joel Sipress voted against the contract resolution.  Councilor Zack Filipovich abstained because he is a member of the Visit Duluth board.   The complete meeting, which was virtual, is archived on the city’s website, including the agenda session where Bellmont Partners presented its pitch to council Monday.

The contract vote came at the direction of Mayor Emily Larson after she initiated a first-ever “request for proposal” (RFP) process for the city’s marketing job for 2022.

Visit Duluth was among the 28 applicants that applied and went through a formal interview process for the job. Larson has said it was inappropriate for a city to hand over roughly $2 million in public tourism tax revenue to a private organization (Visit Duluth) without a proper public process with competitive bids.  She also said the city was being treated like a client at times by Visit Duluth, and there was growing concern over Visit Duluth’s pay-to-play membership model.

And for the first time Monday, Bellmont Partners presented its pitch to councilors about its plan to market Duluth beyond big names and instead deeper into all that Duluth neighborhoods have to offer, which company representatives said would indeed involve hiring local talent.

Meanwhile, Visit Duluth, which has not held a press conference or granted any formal interviews to the media since Mayor Larson announced her plan last week, emailed a detailed plea to councilors Monday before the council meeting saying how important it is that Visit Duluth continue its efforts because it knows the city more than anybody.  The letter also clarified they have made changes for the better, like recently canceling the so-called pay-to-play membership model that some critics felt did not serve the entire city appropriately when using public tourism dollars to market Duluth.

Meanwhile, a separate resolution was unanimously tabled involving a contract offer of $400,000 to Visit Duluth to handle convention sales and the city’s visitor center.  Councilors felt the offer needs more discussion and the price tag may need to be higher for Visit Duluth to be given a fair and resourceful opportunity to handle the job.

Visit Duluth was also asking for more time on that resolution offer.

“While we are open to the idea of re-envisioning the Visit Duluth organization, we do need time to develop a business model and proposed budget for this new scope of work. We need to answer critical logistical questions that surround the potential changes, including any required revisions to our articles of incorporation, possibly transitioning from a 501c6 to a 501c3, and a complete restructuring of the organization. We also want to ensure we can build the industry voice into our structure, as it is a vital element our City cannot afford to lose,” Visit Duluth included in its email to councilors Monday.

And finally, Mayor Larson’s third piece of her tourism plan was voted unanimously back to her administration for reworking, which involves funding a new “tourism, arts, and culture” position with tourism tax dollars to be the point person for all things tourism.

This controversial change in marketing is part of a multi-year initiative by Mayor Larson to scrutinize how roughly $12 million in tourism tax revenue is being allocated every  year.  This includes a new application process for tourism-related businesses that want those dollars so they can prove a return on investment involving the tourism industry, among other qualifications.  Larson said past allocation efforts were done without any process other than a sign-off of dollar amounts from the council.