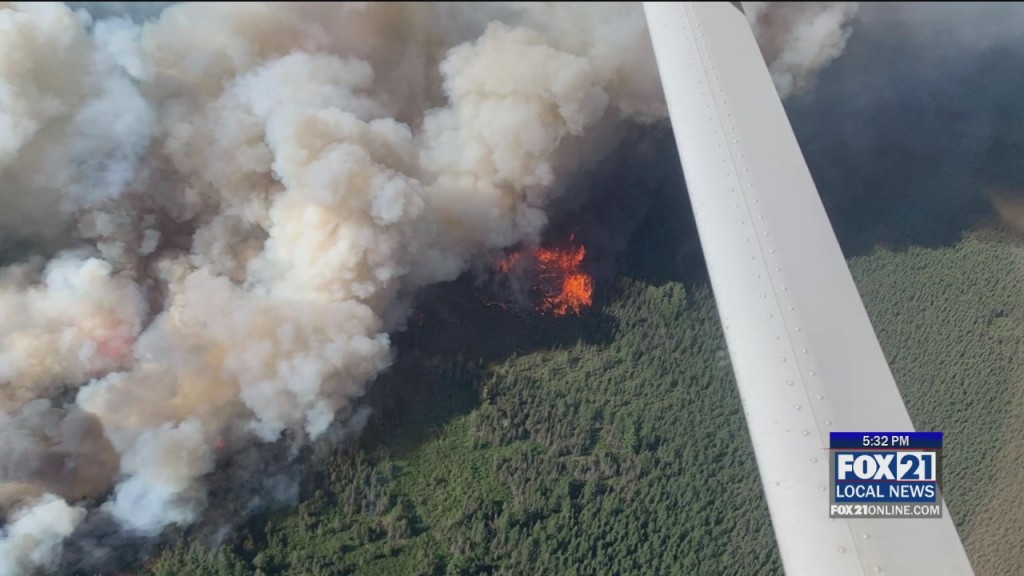 MINNEAPOLIS (AP) – Authorities are fighting a northeastern Minnesota wildfire from the air and on the ground following the evacuation of about 75 residences in the Superior National Forest.

The fire was first spotted Sunday near Greenwood Lake. It has expanded to about 3.1 square miles.

The Minnesota National Guard is assisting in the firefighting efforts; warm weather and gusty winds are expected to continue for days.

The cause of the Greenwood Lake fire has not been determined.

While the fire hasn’t reached the Boundary Waters Canoe Area, the Forest Service has closed a small portion of the wilderness area west of Isabella Lake.

Additionally, on Tuesday afternoon the Red Cross announced they are opening the Finland Community Center as a Temporary Evacuation Point as of 4:00 p.m. in partnership with Lake County.

This TEP is available in response to those displaced due to the Greenwood wildfire.