DULUTH, Minn.– The city of Duluth gave a first look Tuesday at what could soon be a new multi-million dollar overhaul of an experience behind the DECC, which has one of the city’s most pristine views of the waterfront and arguably one of the least invested. 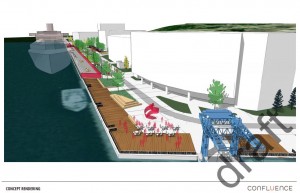 The new vision between the Great Lakes Aquarium and Minnesota Slip Bridge involves the removal of Harbor Drive, new outdoor lounging, a space for entertainment and weddings, and a spot for food trucks.  But the biggest addition is a lowered docking area to accommodate Great Lakes cruise vessels in and out of Duluth.

“It’s really exciting to re-imagine what this space could be used for, and to have its own draw for not only tourism but our young residents for recreation here in Duluth,” Cliff Knettel, Senior Parks Planner for Duluth Parks and Rec said.

Cruises are already confirmed to start arriving in the port by May of 2022.

“It’s super exciting, right? Like the Great Lakes cruise market is growing by leaps and bounds its so exciting to see lake superior broaden to that fold,” Kate Ferguson, Director of Trade and Business Development for he Duluth Seaway Port Authority said. 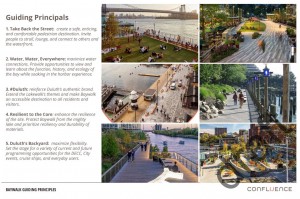 These vessels will hold up to 400 passengers, and will dock along the newly constructed sea wall which officials say is a necessary part of the infrastructure re-build and it will be strong enough to withstand the forces of Lake Superior.

“We are hoping to make this space very resilient though, it has been an area that’s susceptible to storms and storm damage so part of it is incorporating a higher sea wall cause we have had some over topping here,” Knettel said.

The first cruise is scheduled to port next May, and also plans on making 6 other visits throughout the summer.

“So we look forward to may 30th of 2022 welcoming our first cruise ship since 2013 here in Duluth,” Ferguson said.

This preliminary design is adjusting with public feedback this week as parks and rec will hold another input session via a zoom link on Thursday, but they hope to have an official draft to present to the parks commission in October.

Funding is still in the works for this multi-million dollar project, and it will come from multiple different sources like city funds, state bonding requests, and disaster relief funds from the state as well.