Firefighters on Scene of New Fire Detected Near Britt 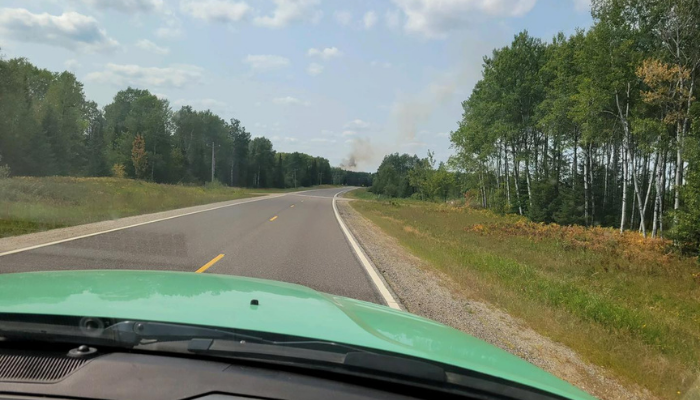 BRITT, Minn. – A new fire was detected near Britt Wednesday afternoon and was estimated to be nearly 25 acres in size.

The fire, named the Moose Lake fire, is located in the Lake Leander area, according to the U.S. Forest Service-Superior National Forest Facebook page.

Seven aircraft, heavy equipment, and engines were previously on the scene to help contain the blaze.

As of 5:00 p.m., the U.S. Forest Service posted, “All aircraft except one helicopter has been released from the fire. The dozer continues to create a fuel break around the perimeter of the fire. Several engines, firefighters, and water tenders are on scene.”