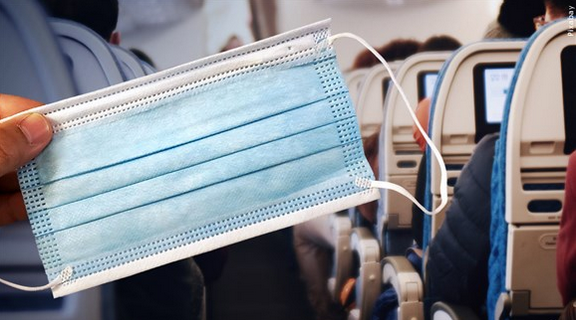 (AP) – Federal officials are extending into January a requirement that people on airline flights and public transportation wear face masks, a rule intended to limit the spread of COVID-19.

The Transportation Security Administration’s current order was scheduled to expire on Sept. 13. An agency spokesman said Tuesday that the mandate will be extended until Jan. 18.

The TSA briefed airline industry representatives on its plan Tuesday and planned to discuss it with airline unions on Wednesday. The mask rule also applies to employees on planes and public transportation.

The mask mandate has been controversial and has led to many encounters between passengers who don’t want to wear a mask and flight attendants asked to enforce the rule. The Federal Aviation Administration said Tuesday that airlines have reported 3,889 incidents involving unruly passengers this year, and 2,867 — or 74% — involved refusing to wear a mask.

The extension was not surprising after a recent surge in COVID-19 cases linked to the delta variant of the virus. The seven-day average of newly reported cases has topped 140,000, an increase of 64% from two weeks ago and the highest level in more than six months.

Kids Race Down the Slopes at Chester Park