FINLAND, Minn. – The Lake County Sheriff’s Department is evacuating more residents due to the Greenwood Fire. 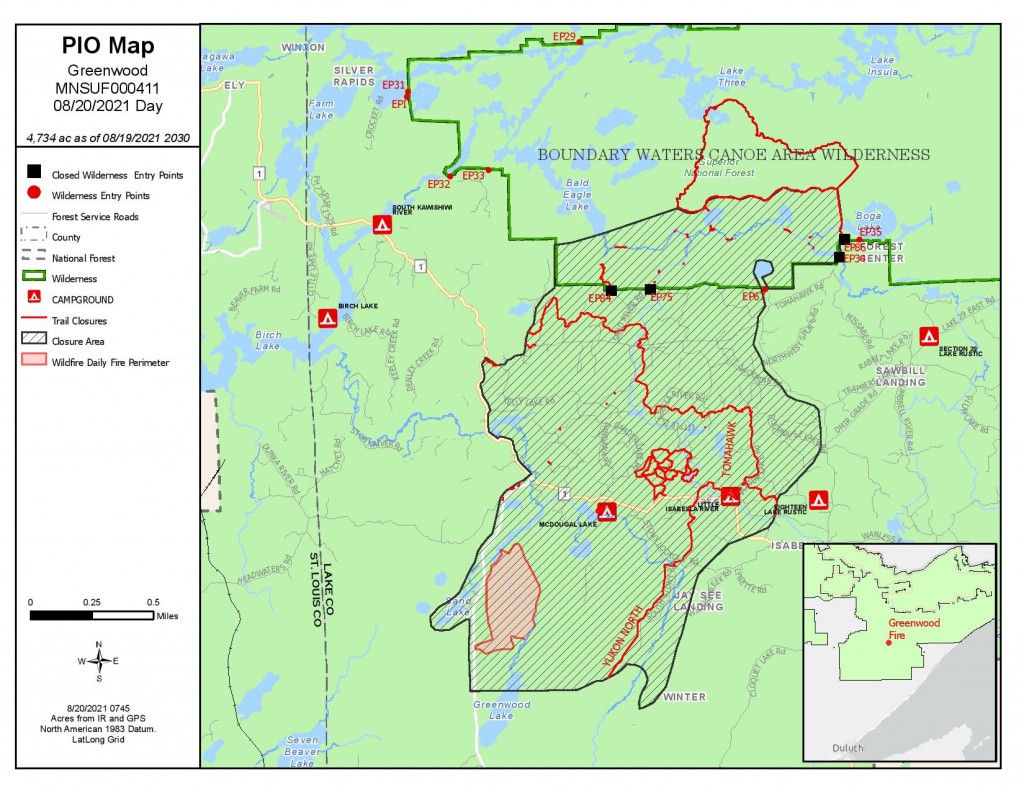 According to the U.S. Forest Service Facebook page, the fire has jumped over to the west side of Highway 2 just north of Stony Lake.

Deputies were on-site and evacuating residents in the area of Sand Lake and Stony Lake.

As of Friday, the fire has grown to more than 7.4 square miles.

Around 200 firefighters are working on the blaze, coming from as far away as Mississippi and Colorado. So far it has burned mostly north and west into the forest, and no structures have burned.

Around 90 residents have been previously evacuated from their homes.