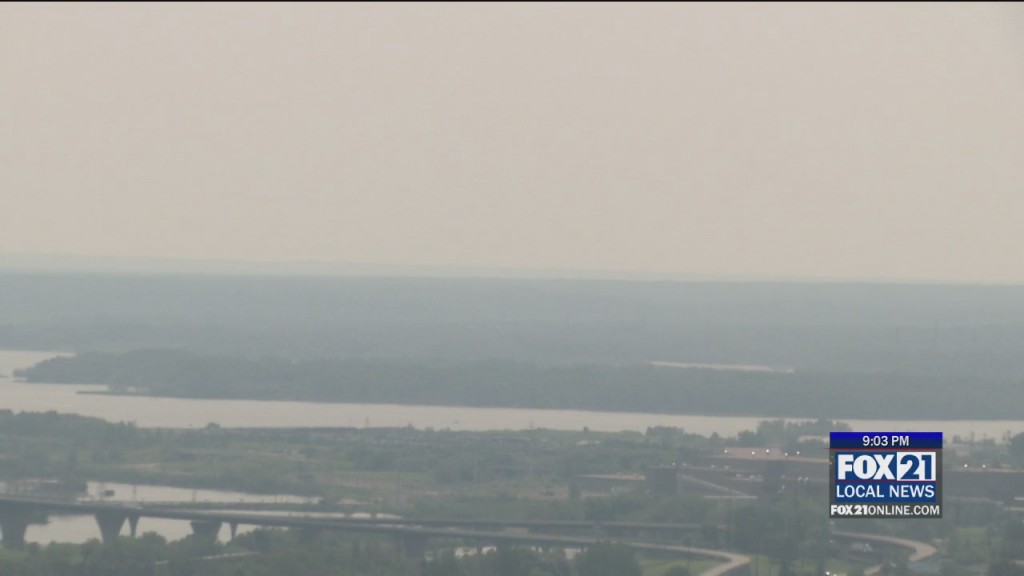 DULUTH, Minn. – The Duluth Fire Department issued an advisement early Tuesday morning due to heavy smoke in the area.

According to a Tuesday news release, “The Duluth Fire Department is issuing an advisement that early this morning around 0420, a wind switch from the approaching weather front has brought smoke from the wildfires north of Duluth to our location.”

Smoke can be smelled throughout the city and fire crews have responded to multiple reports of smoke inside of buildings.

The Duluth Fire Department says residents should keep their windows closed today due to the heavy smoke.

“We did have a lot of people that were very concerned for their neighbors and their neighborhoods were smelling a lot of smoke and were nervous that there was a structure fire within their neighborhood or down the block, they couldn’t see,” City of Duluth Public Information Officer, Kate Van Daele says.

Medical experts say that the severity of the smoke could be harmful to people who are more susceptible to different repertory illnesses and infections.

Doctors at St. Luke’s tell us that they have already seen several people come in because of it.

The city of Duluth says it will continue to monitor the air quality on a daily basis.