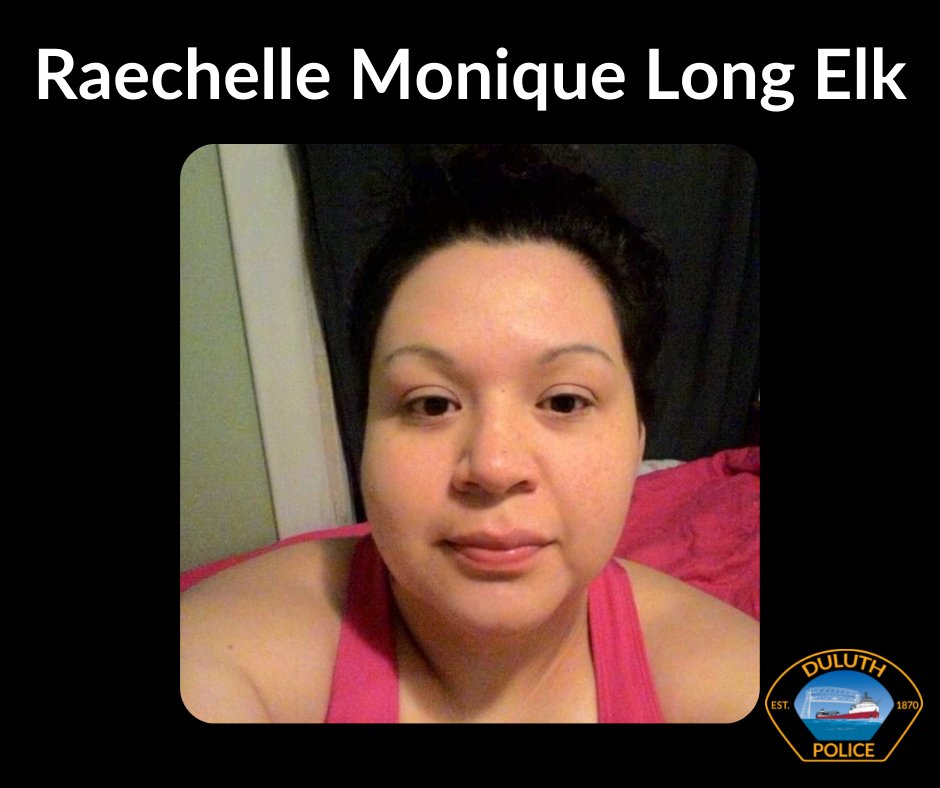 DULUTH, Minn. – The Duluth Police Department is asking for the public’s help in locating a missing woman.

According to police, 34-year-old Raechelle Monique Long Elk was last seen in the Duluth area on Friday, September 3, 2021. Long Elk is described as a 5’1”, 130 pound Native American/Hispanic woman.

Authorities say The family is concerned about her well-being as she was previously experiencing homelessness and substance abuse issues.

If you have any information on Long Elk’s whereabouts, you are encouraged to call the Duluth Police Department’s Violent Crimes Unit at (218)-730-5050.