Expect Muted Fall Colors This Year Due to Drought 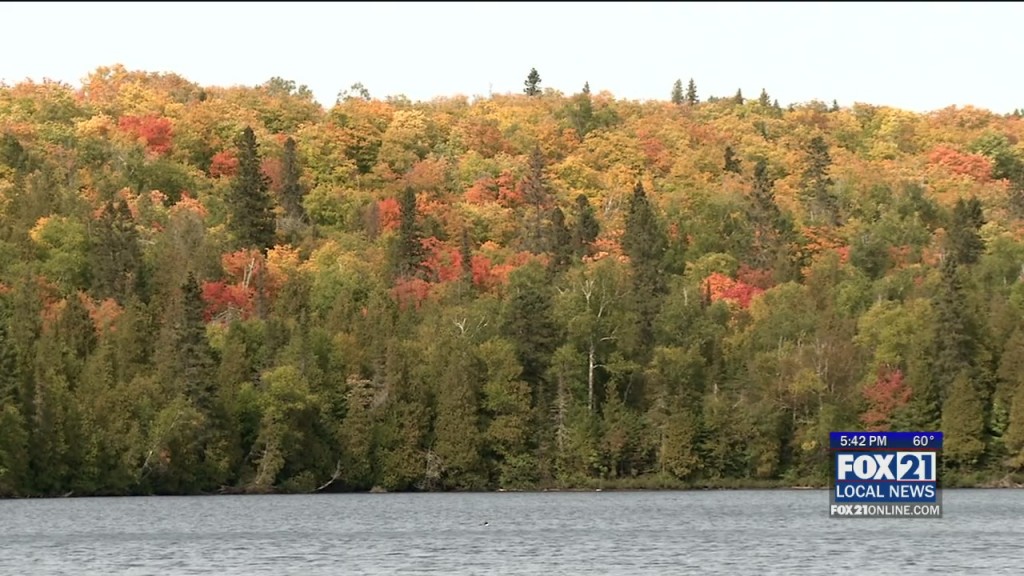 (FOX 9) – As we turn the page on another summer and head into fall, our green will soon begin the transition to brown. In a typical year, that can lead to some brilliant colors. But, I would curb your expectations this year as our drought is likely to have an impact on just how eye-popping those colors will be.

Trees don’t typically produce a lot of color in the fall when they are stressed, especially when that stress comes from a lack of moisture. Even with some improvement in our soil moisture over the last 10 days or so, for most trees, it’s just too little too late.

Some trees have already begun the transition to the dormancy of winter hoping to stave off death and bloom next spring when there is more moisture. Because they’re trying to get to dormancy as fast as possible, they will go from green to brown quite quickly, instead of gradually going through the spectrum of colors.

The caveat here is that local soil moisture can vary quite a bit so while the overall fall color season may be a bit dull, there are still likely to be small pockets of pretty nice color. The best way to look for where those areas might be is to look at just how damp our vegetation currently is. The map below is called the Vegetation Drought Response Index. 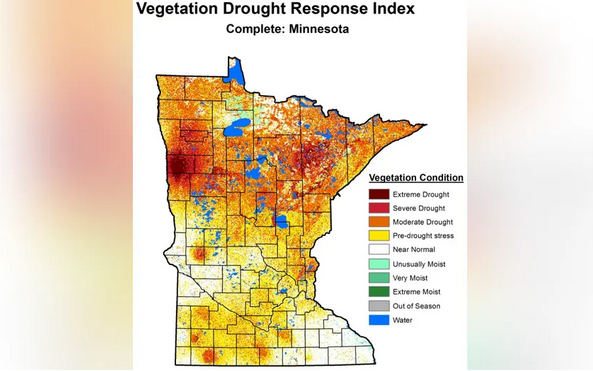 This shows a higher definition look at just how much moisture is trapped in area plants and trees. Ironically, those areas in orange and red will likely not see much of those colors in the landscape through the fall because the vegetation is quite stressed. Many parts of northern Minnesota are included in that, ultimately the locations that see some of the most brilliant colors in a typical year.

For almost all other locations statewide, there is at least a little stress as plants are lacking moisture. The only exceptions are in small areas of the southeast and a sliver of the west.

So where do you have the best chance to see some brilliant colors this year? Well, those couple small areas of Minnesota I just mentioned, but you could try heading east. 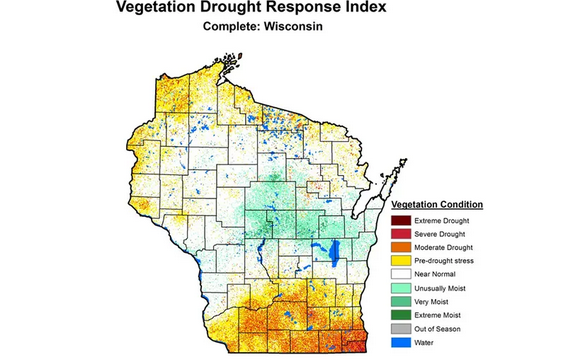 That same drought index shows much of Wisconsin fairing far better than Minnesota in soil and plant moisture. Sure, there’s a little stress across parts of western and northern Wisconsin, but much of the central half of the state is quite wet. This should give much of Wisconsin the opportunity to see some really nice colors over the next few weeks.