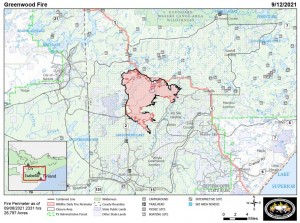 ISABELLA, Minn. — There was good news for the Greenwood Fire on Sunday as officials said the fire was 67 percent contained and was not expected to have any new growth.

Cooler air in the 60s, lighter winds and an increase in humidity have all contributed to the positive improvements with the fire, which started by lightning nearly a month ago, according to fire officials. 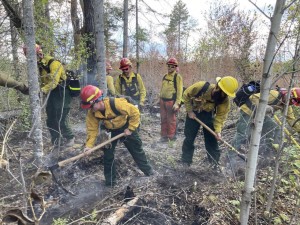 More than 350 fire personnel are still working the fire, which has burned more than 26,000 acres.

Meanwhile, the Lake County Sheriff’s Office has reopened Highway 2 between highways 11 and 1.    Evacuation orders remain in effect for the McDougal Lake area.