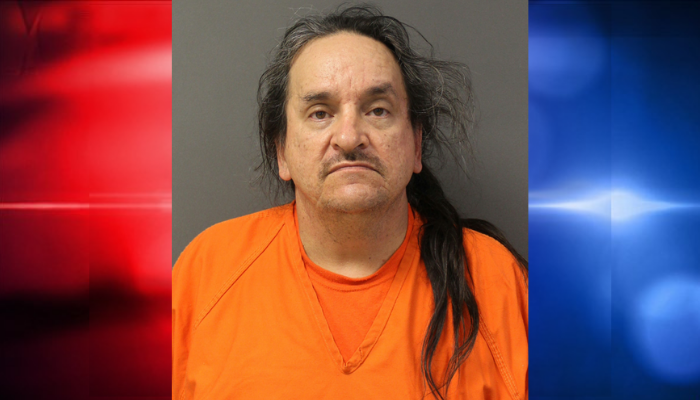 CLOQUET, Minn. – A 58-year-old Cloquet man has been formally charged with first-degree manslaughter after another man was found dead in his apartment following a physical altercation.

According to the criminal complaint, Fond du Lac Tribal Police responded to the apartment of Joel Jay Ammesmaki, 58, at the Veteran’s Housing Complex after he reported that he got into a fight with a man in his apartment and he wanted him removed.

When officers arrived at the complex they found Ammesmaki standing near a couch and an unresponsive man lying face-up on the floor with dried blood around his nostrils.

According to the complaint, the man was unresponsive with his eyes partially open and he was not breathing.

Paramedics on the scene attempted lifesaving measures but informed officers that the male was deceased.

Reports state that while paramedics were attending to the man, Ammesmaki became distraught and said, “it wasn’t supposed to go this way.” He also told authorities that the man had punched him in the face while they were fighting.

Officers detained Ammesmaki and while he was in the squad car he made multiple unprompted statements telling officers what happened during the evening.

According to the complaint, Ammesmaki told officers that he was drinking with the man and watching a football game and a movie.

He said the man “called him the name of another resident at the housing complex and attempted to punch him” but the man did not make contact with him.

Ammesmaki told officers that he punched the man twice and then the man fell down and he thought he was sleeping.

Officers collected security footage from the complex which showed Ammesmaki and the man arriving at his apartment at 12:34 a.m.

It then shows Ammesmaki leaving his apartment three additional times before officers arrived at the complex at 2:11 a.m.

No one else was shown entering or exiting the apartment during this time.

Ammesmaki is due back in court on September 27.