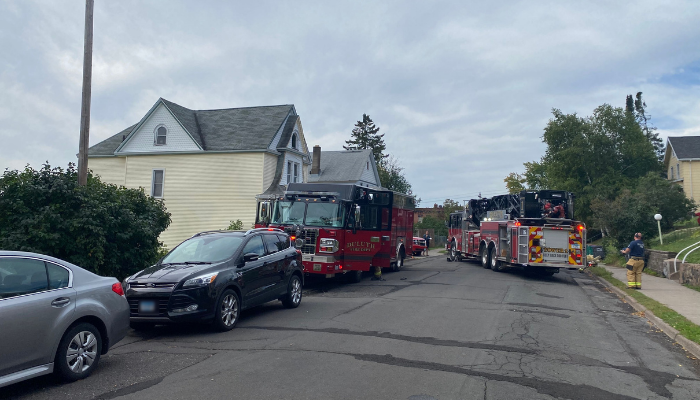 One adult dog survived the fire and was brought to the Lake Superior Vet Hospital.

“Without the lifesaving efforts of the firefighters and oxygen mask the dog wouldn’t have made it,” said City of Duluth Public Information Officer, Kate Van Daele.

It is believed that two cats also escaped the fire on their own.

The fire has been ruled accidental electrical by the Duluth Fire Marshal’s Office. The fire caused an estimated $45,000 in damages.

According to reports, no people were home when the fire broke out.

The resident and her daughter have been displaced. The Red Cross is assisting them with housing for the next few days.

According to the Duluth Fire Department, firefighters responded to reports of a fire around 9:15 a.m. on the 100 block of East 5th Street.

Crews are currently on the scene and have reported smoke coming from the back door of a single-family home.