DULUTH, Minn. (AP) – Authorities say they have lifted fire restrictions for the entire Superior National Forest in Northern Minnesota after reports over the weekend that the Greenwood Lake blaze was 80% contained. The blaze has burned more than 26,000 acres of land.

This announcement comes as the Minnesota Department of Transportation reopens Highway 1 near Isabella.

Officials say drivers should use caution as suppression efforts on the Greenwood fire continue and follow the posted speed limits.

Val Cervenka, a spokesperson for the team managing the fire, said that while the region remains historically dry, officials don’t expect the fire to spread.

It is not showing any flames, although some of its perimeters straddle inaccessible wetlands and full containment won’t come until snowfalls.

The Star Tribune reports this past week crews continued to find and dig out hot spots along the fire’s edge and remove fallen or standing dead trees, including in the hard-hit McDougal Lakes area.

As of Monday, Sept. 20, there are still 146 people working to contain the fire.

Meanwhile, the Lake County Sheriff’s Office has started giving cards to property owners that allow them to access the restricted area in Isabella. That includes those who live or own property on Stony Loop Road, Middle Road, North McDougal Lake Road, and McDougal Lake Road.

Any property owner who needs a security card can pick them up at the McDougal Lake Road and Highway 1 checkpoint, or call 218-510-0640. 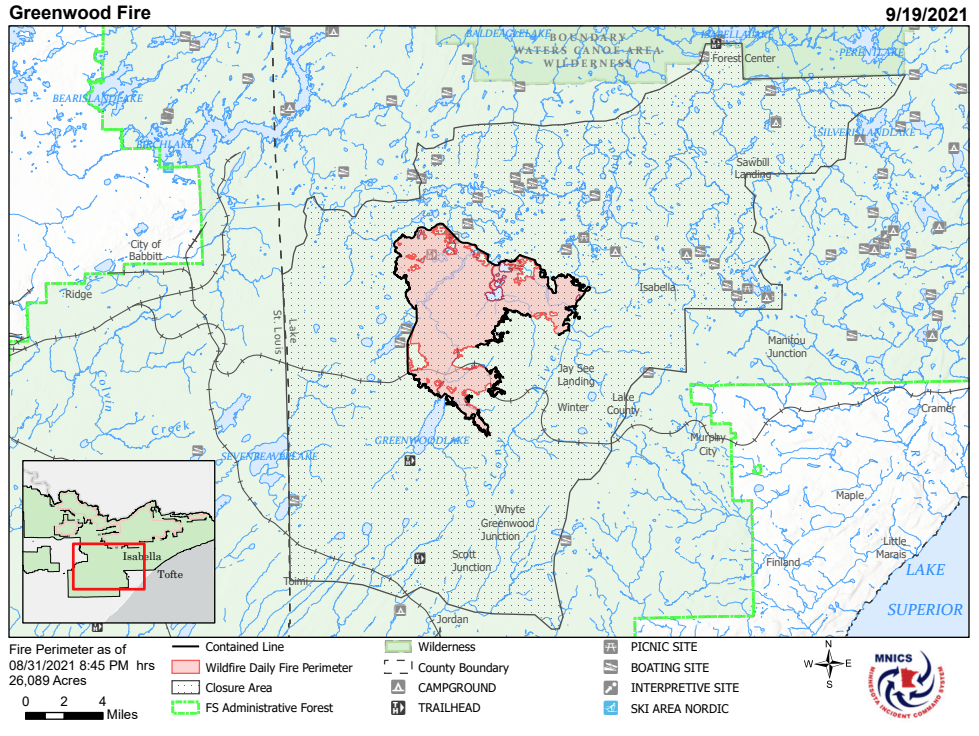