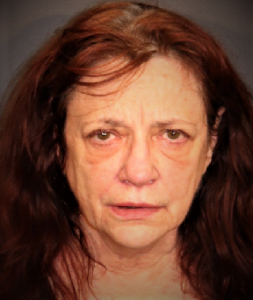 CHISHOLM, Minn. (AP) — A Minnesota state lawmaker’s wife is accused of hitting him with a broom handle and threatening him with a knife at their home on the Iron Range over the weekend.

Charlotte A. Tomassoni, 69, was charged with misdemeanor domestic assault and booked into the St. Louis County Jail after the incident early Sunday evening.

Her husband, David Tomassoni, an independent who serves as president pro tem of the Senate, called police after his wife repeatedly hit him in the chest with a broom handle at their Chisholm home. She later yelled down that if David came upstairs, she would stab him, according to the police report.

Police said she “was slurring her words and appeared to be intoxicated.” She denied the assault.

David Tomassoni, 68, told police that due to his ALS diagnosis he has lost a lot of his upper body strength and he felt he wouldn’t be able to defend himself.

Tomassoni disclosed the ALS diagnosis earlier this year and said he would continue working.