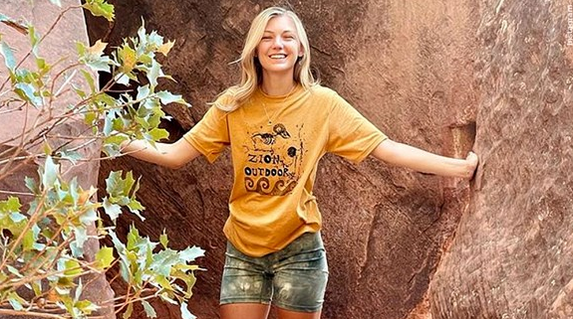 NORTH PORT, Fla. (AP) – The FBI says a county coroner has confirmed that human remains found in remote northern Wyoming along the border of Grand Teton National Park are those of 22-year-old Gabby Petito.

Her body was discovered at a Wyoming national park over the weekend, months after the pair set out on a cross-country road trip.

Officials said Tuesday that the coroner determined her manner of death was a homicide but did not disclose a cause of death pending final autopsy results.

Police in North Port, Florida, say investigators have returned to a swampy preserve area to look for her 23-year-old boyfriend Brian Laundrie.