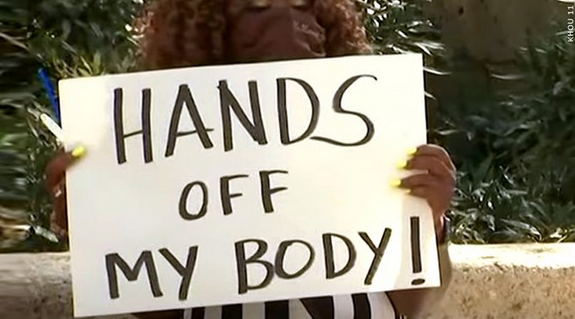 AUSTIN, Texas (AP) — Texas Gov. Greg Abbott on Friday lauded another new abortion law that tightens limits on abortion-inducing medications, creating an additional layer of restrictions after a near-total ban on abortion in the state began this month.

The new restrictions, which take effect in December, shrinks the window when doctors and clinics in Texas can give abortion-inducing medication from 10 weeks to seven weeks and prohibits the pills from being delivered by mail.

It comes as nearly all abortions are currently banned in Texas under another law, known as Senate Bill 8, which abortion providers say has realized their worst fears in a matter of weeks.

Abortion clinics this week went back to the U.S. Supreme Court and asked them to again block Senate Bill 8. A separate lawsuit filed by the Justice Department is scheduled to be heard by a federal judge in Austin next week.

At the onset of the coronavirus pandemic, the Food and Drug Administration — under federal court order — eased restrictions on abortion pills so they could be sent by mail. During a ceremonial signing of Texas’ latest abortion restriction at an Austin church, Abbott said the new measure was necessary in case those relaxed federal rules become permanent.

Medication abortion accounts for about 40% of all abortions in the U.S., and Texas is one of several Republican-led states that have moved to limit access to the pills.