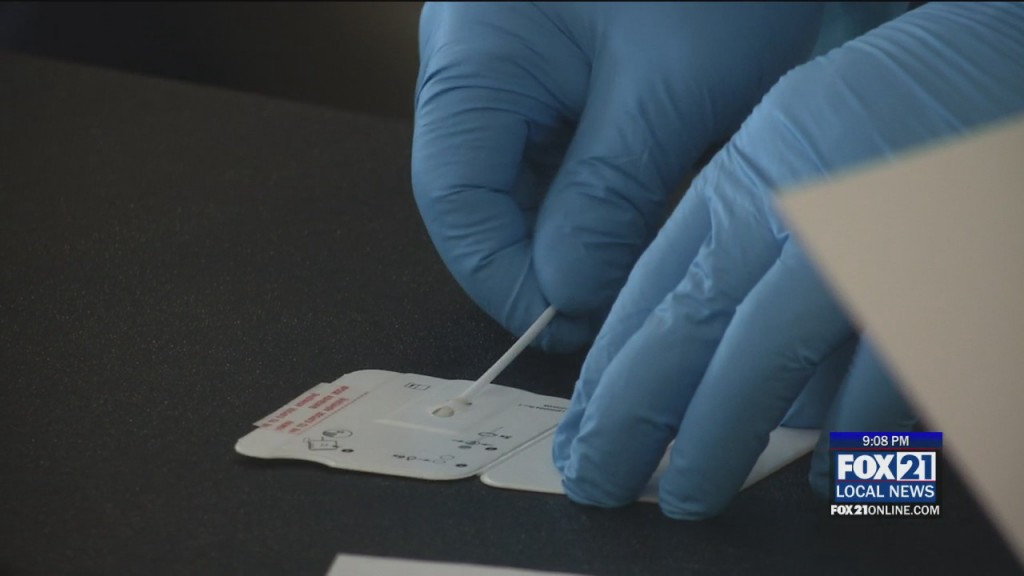 ST. PAUL, Minn. (FOX 9) – COVID-19 testing numbers in Minnesota are reaching highs not seen since the peak of the pandemic last winter.

As of Thursday, the state is averaging 40,000 tests a day over the last 7 days. For some people trying to get tested, the last few weeks have been tough.

When Andrea Novak learned her daughter had been exposed to COVID-19, she went online to find a pharmacy appointment to get herself tested and found frustration. They were all booked up.

If you look at Walgreens, for example, a rapid antigen test is not available at all locally, PCR tests show few appointments, and many places, including clinics, require online screenings before scheduling a test.

When Novak did a bit more digging, she discovered the Roy Wilkins Auditorium community site in St. Paul had reopened and it was only blocks away from her office.

“Then I got in there, there was nobody,” she said. “Well, not nobody, but there was no line, you got right in, it looked like there were tables available and so I didn’t even need to make the appointment, it was so easy.”

The state re-opened four sites in the past month starting with this site in the former DMV in Bloomington, which opened August 30 available Monday through Friday.

Roy Wilkins reopened the next day, open Monday through Thursday and Sundays. On September 8, the test site at the Minneapolis Convention Center reopened, also Monday through Friday.

Followed by a site in Lino Lakes, Monday through Thursday, starting September 13.

The state still has seven other sites throughout the state for these PCR saliva tests.

“I always just come down here and I just walk right in, it’s really empty, empty for the most part,” added Eva Haanen.

Haanen tries to get tested every week or two since she’s a musician. While saliva tests are as immediate as a rapid test, they are still quick. “Usually by the next day, like six in the morning, I get an email, it’s like you’re good to go, girl! Have fun.”

“It was easy,” added Novak. “I walked in, I walked out, I don’t think anybody at work will even know I was gone.”