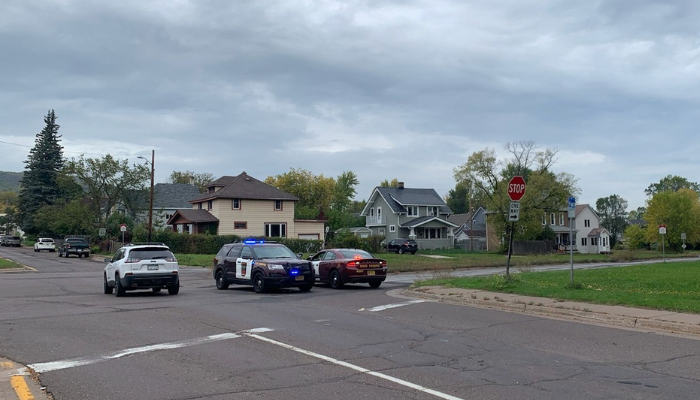 UPDATE: DULUTH, Minn. – According to the Duluth Police Department Facebook page, officers are currently on scene at an apartment building in the area of Central Avenue and Grand Avenue where they have reported an “armed individual” is believed to be inside. Police are trying to speak to the individual and bring him safely into custody.

The public is asked to stay out of the Central Avenue and Grand Avenue areas at this time.

Police are working to clear tenants out of the building.

Officials say the Laura McArthur Elementary School is no longer in lockdown.

DULUTH, Minn.-According to the Duluth Police Department, they have responded to numerous calls for service regarding a particular individual in multiple areas in Duluth.

“The individual is showing complete disregard to human safety,” police said in a statement. “You are encouraged to give our officers room to safely bring this individual into custody. Traffic is encouraged to stay away from Grand Avenue.”

The public is also encouraged to stay away from the area of Cody Street and Central Avenue. The suspect was last seen in that area. According to authorities, the suspect is armed.

A school has also been put on lockdown in that area.

The suspect was last seen traveling towards 57th Avenue West.