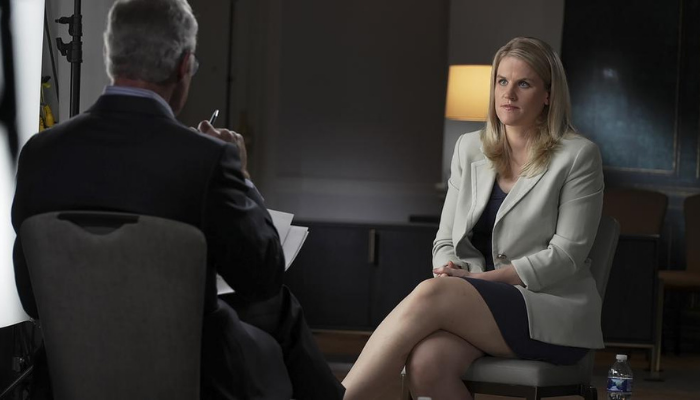 NEW YORK (AP) – Facebook prematurely turned off safeguards designed to thwart misinformation and rabble-rousing after Joe Biden defeated Donald Trump in last year’s elections in a moneymaking move that a company whistleblower alleges contributed to the deadly Jan. 6 invasion of the U.S. Capitol.

The whistleblower, former Facebook product manager Frances Haugen, also asserted during an exclusive interview that aired Sunday on CBS’ “60 Minutes” that a 2018 change to Facebook’s news feeds contributed to more divisiveness and ill will in a network ostensibly created to bring people closer together.

Haugen, who worked at Google and Pinterest before joining Facebook in 2019, said she had asked to work in an area of the company that fights misinformation since she lost a friend to online conspiracy theories.

Post-election, the company dissolved a unit on civic integrity where she had been working, which Haugen said was the moment she realized “I don’t trust that they’re willing to actually invest what needs to be invested to keep Facebook from being dangerous.”

Facebook contends Haugen’s allegations are misleading and insists that there is no evidence to support the premise that it’s the primary cause of social polarization.