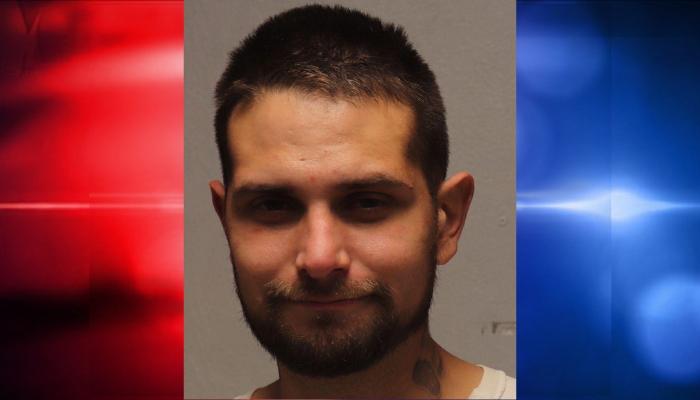 DULUTH, Minn. – A Duluth man involved in a 6-hour standoff with police Friday evening after allegedly attempting to rob a bank at gunpoint in Superior, in addition to multiple other crimes, is now facing 21 criminal charges.

According to the criminal complaint, Cody Lee Walker-Nelson, 30, began his hours-long crime spree around 7:45 a.m. Friday morning when he’s accused of breaking into a home on Karky Road in Superior and stole 12 firearms.

After stealing the firearms, police say Walker-Nelson drove to Duluth and is accused of stealing a Chevy Tahoe from the area of 336 North 58th Avenue West.  He then allegedly drove the Tahoe to a property in Gary New Duluth where he crashed the vehicle into a garage and pole barn.

Court documents say after rummaging through the garage and pole barn, Walker-Nelson allegedly broke a window of the house, cutting himself in the process, and then rummaged through the unoccupied home.

From there the criminal complaint states Walker-Nelson drove to New Duluth Auto and attempted to steal another vehicle, where Walker-Nelson climbed into the driver’s seat of an unoccupied Subaru and told the owner “I’m taking this.” The owner of the Subaru told authorities that Walker-Nelson had a “large sword” with him. He then crawled across the passenger seat and fled in the stolen Tahoe.

The complaint says after fleeing New Duluth Auto, police attempted a traffic stop on the Tahoe at which time Walker-Nelson crashed into the back of a van with vulnerable adults.

After hitting the van, police say he drove to the Holiday Gas Station on Grand Avenue and is accused of stealing a Ford Escape from the parking lot.

At this time, around 1:40 p.m., police say Walker-Nelson drove the wrong way over the Bong Bridge to Superior and attempted to rob a bank on Belknap Street.

The complaint adds, around 1:48 p.m. he drove back to Duluth where he approached a couple in a car in West Duluth and demanded money from them at gunpoint. The female passenger gave Walker-Nelson $80. The complaint states he, ” left them with a Mossberg 12 gauge shotgun and Smith and Wesson .357 handgun and took off in the stolen Escape.”

The firearms were later traced back to the 12 stolen firearms from earlier in the day.

After trying to steal yet another vehicle in Piedmont, according to authorities, a police pursuit ensued throughout Duluth at speeds up to 100 mph.

Around 2:37 p.m. Walker-Nelson barricaded himself in an apartment on North Central Avenue with several of the stolen guns, authorities say. After an almost 7-hour standoff with police Walker-Nelson was taken into custody.

During a search of the apartment police located hundreds of rounds of ammunition, two swords, a Smith and Wesson 9mm handgun, and an AR-15.