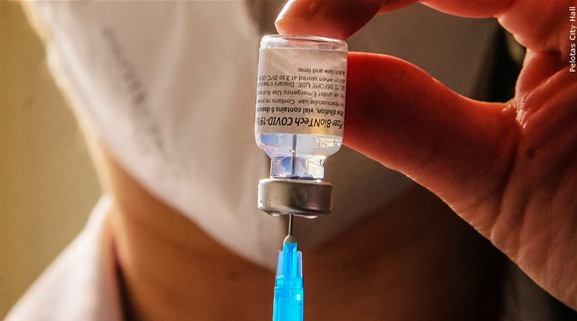 (AP) – Pfizer is asking the U.S. government to allow the use of its COVID-19 vaccine in children ages 5 to 11.

If regulators agree, shots could begin within a matter of weeks.

Pfizer already had announced that a lower dose of its vaccine worked and appeared safe in a study of the youngsters.

Pfizer and its German partner BioNTech on Thursday officially filed their application with the Food and Drug Administration.

FDA’s advisers are scheduled to debate the evidence later this month. Until now the vaccine was available only as young as 12, and many parents and pediatricians are clamoring for protection for younger kids.