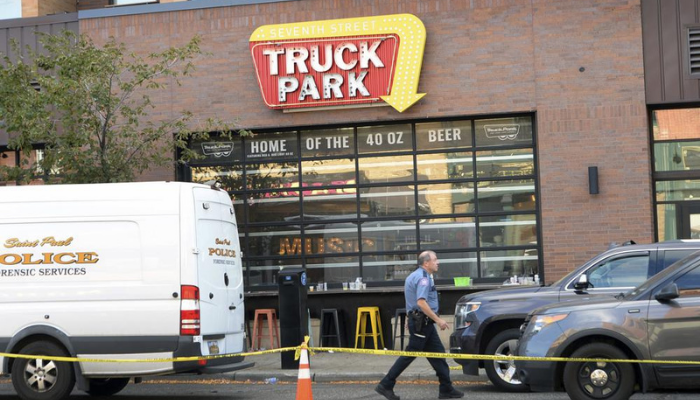 ST. PAUL, Minn. (AP) – Two men have been charged in connection with a weekend shootout at a busy St. Paul bar that left one woman dead and 14 people injured.

She was shot in the back. On Monday, 29-year-old Devondre Trevon Phillips was charged with 12 counts of second-degree attempted murder.

The two men were among the injured. They were in custody but still hospitalized and it was not clear if they had attorneys to comment on their behalf.