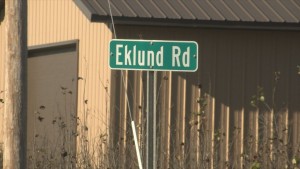 CULVER TOWNSHIP, Minn. – The names of those involved in a double-murder suicide in Culver Township early Saturday morning were released Sunday evening by the St. Louis County Sheriff’s Office.

The suspect is identified as Cody Pirila, 31, of Brookston.

The victims are identified as Skylar Hunter, 31, of Brookston, and his father, Jamie Hunter, 51, of Moose Lake.

Pirila and Skylar Hunter were roommates who lived in the home where the crime scene unfolded on the 9000 Block of Eklund Road in Culver Township.

According to the St. Louis County Sheriff’s Office, deputies discovered the victims shot to death outside the residence around 1 a.m. Saturday after a request for a welfare check.

As information was being gathered, a Minnesota State Trooper located a vehicle moving a few miles from the crime scene, which took off during an attempted traffic stop.   Authorities say the driver, later identified as Pirila, called 911 during the pursuit and confessed to the murders before shooting and killing himself.

The Minnesota Bureau of Criminal Apprehension is assisting the Sheriff’s Office with the investigation.

A motive for the crime was not made clear Sunday.

Anyone with information about the investigation is asked to call 911 or the Sheriff’s Office Investigative Division at (218) 969-2855.