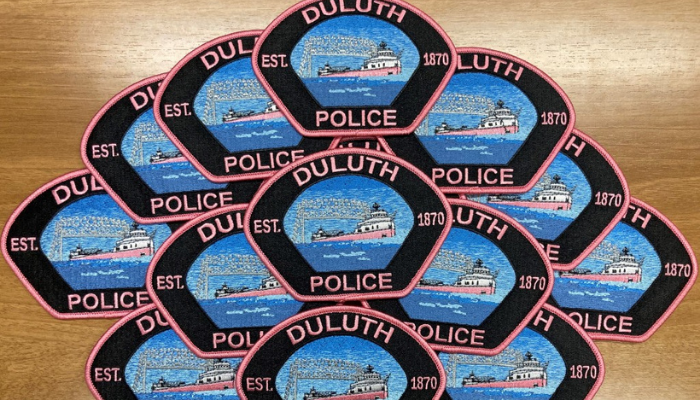 DULUTH, Minn. – The ‘Real Men Wear Pink’ campaign hosted by the Duluth Police Department has been canceled, the department announced on its Facebook page Tuesday morning.

The campaign raises funds for the American Cancer Society to help combat the fight against cancer by selling commemorative pink Duluth Police patches.

Earlier this month, the Duluth Police Department joined the Pink Patch Project for Breast Cancer Awareness month by wearing the commemorative patches on their uniforms during the month of October in an effort to raise awareness while patrolling the city.

The police department said on its Facebook page that even though the Real Men Wear Pink Campaign has been canceled, people are still encouraged to donate to the American Cancer Society by buying a pink patch online.

You can purchase your own pink patch by clicking here.