Walmart, Target To Offer Black Friday Deals Through Most of November in Effort To Avoid Big Crowds 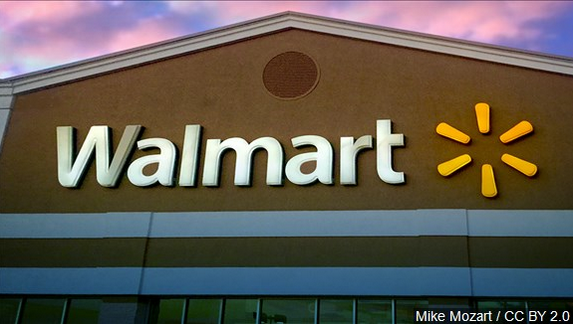 (CNN Business) – Walmart has some unique plans for this year’s Black Friday sales: They’ll last practically the entire month of November as it hopes to reduce crowds at stores during the pandemic.

America’s largest retailer announced plans for a “revamped Black Friday savings event,” with sales over three weekends next month that will begin on its website before hitting stores a few days later. The staggering sales events are scheduled for the first, second, and fourth weekends of November with hundreds of discounted items, including electronics, toys, and apparel.

Although it’s pushing people to shop online and use its curbside pickup option, shoppers that go to its stores won’t experience the pandemonium of the past. Instead, they will form single-file lines at the entrance and be given sanitized shopping carts.

Walmart said that so-called “Health Ambassadors” will be stationed at entrances to remind people to put on their masks. Social distancing will be enforced inside with capacity controls and one-way lanes.

“By spreading deals out across multiple days and making our hottest deals available online, we expect the Black Friday experience in our stores will be safer and more manageable for both our customers and our associates,” said Scott McCall, executive vice president, and chief merchandising officer for Walmart US said in a release.

Black Friday, which usually starts the day after Thanksgiving, has been beginning earlier in recent years as retailers want to get a jump start on the crucial holiday shopping season. Covid-19, however, has forced them to completely rethink it and push shoppers online to avoid physical contact at stores.

Macy’s is considering a much earlier start to its Black Friday marketing push, potentially right after Halloween, and plans to adopt one other tactic for the first time during the upcoming holiday shopping season. Target is planning Black Friday deals to be sold online and in stores for the entire month of November.

Online sales were rising even before the pandemic. In 2019, shoppers spent more than $600 billion online, up nearly 15% from the previous year, according to the Commerce Department.

“Black Friday has definitely transitioned more into a digital affair in the past five years,” said Neil Saunders, retail analyst, and managing director at GlobalData Retail. “The focal point is not that single day anymore. It’s an event spread out over several days.”