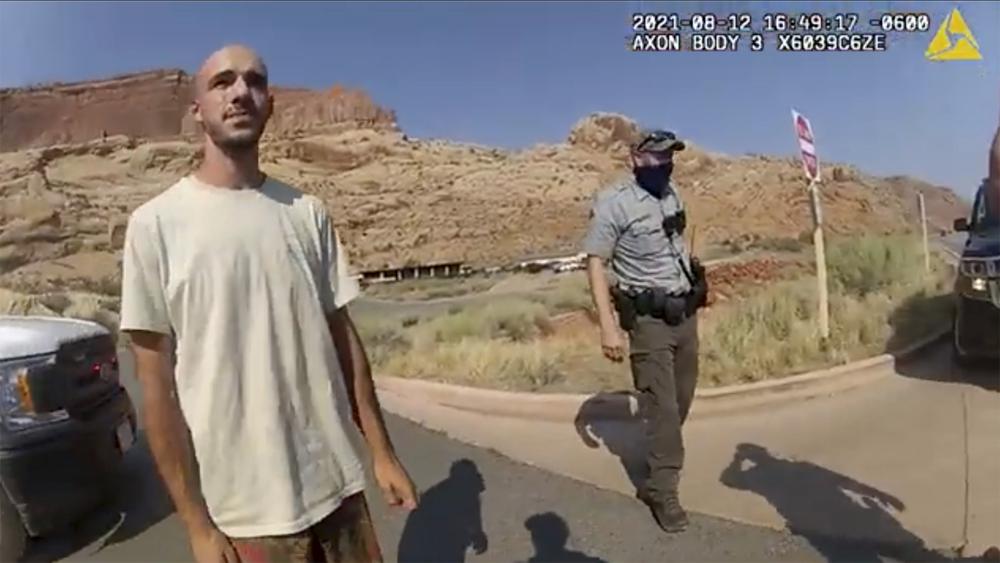 (The Moab Police Department via AP)

ST. PETERSBURG, Fla. (AP) – The FBI and a family attorney say items believed to belong to Brian Laundrie have been found in a Florida wilderness park as the search continues for clues in the slaying of Gabby Petito.

Attorney Steven Bertolino says Laundrie’s parents took part in the search Wednesday with the FBI and local police more than a month after Laundrie was reported missing.

They found unspecified articles that belonged to Laundrie and law enforcement efforts were ramped up.

Laundrie is a person of interest in the death of Petito, who was reported missing Sept. 11.

Her body was found Sept. 19 on the edge of Wyoming’s Grand Teton National Park and the coroner concluded she was strangled.