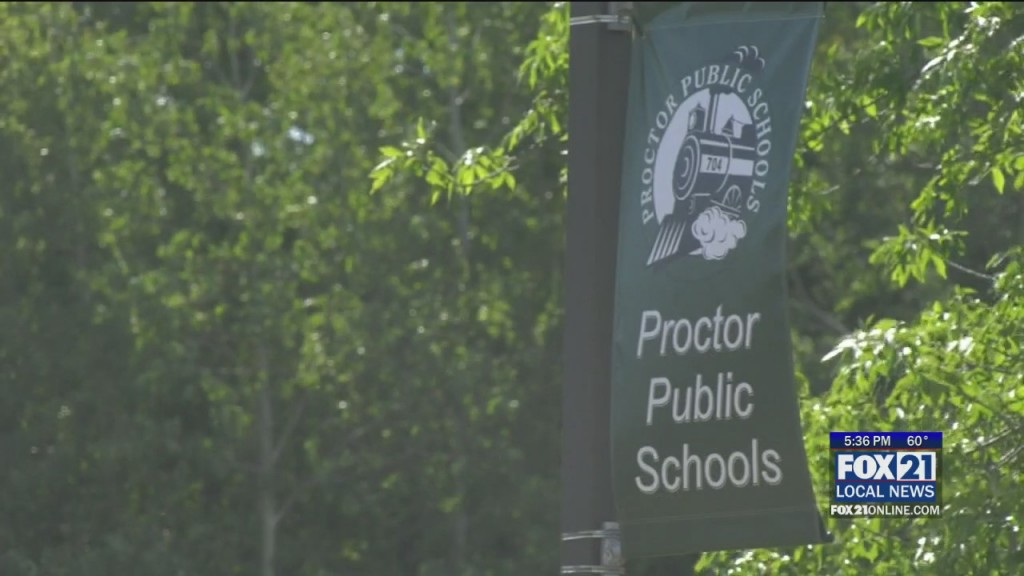 On Wednesday, City Administrator Jess Rich released a statement on behalf of the Proctor Police Department which reads in full:

“The Proctor Police Department has been working closely and cooperatively with the St. Louis Count Attorney’s Juvenile Office and Proctor School Officials in investigating the allegations to bring resolution to this serious matter. The investigation is nearing completion and the Proctor Police Department is expecting to forward the reports generated by the investigation to the county attorney’s office soon. We respectfully remind the public and press that despite intense media and public interest, this is a juvenile matter and very few details can be released, or will be released. Media queries, rumors, speculation, social media posts and unfounded reports have severely hindered and delayed this investigation and have done nothing for the well-being and privacy of those involved. We appreciate your patience while the judicial process runs its course. Information will be released in the form of a statement by the Proctor Police Department when available. In the meantime, we will not be responding to inquiries which do not comply with data practices laws. As to proper data practices requests, we will respond appropriately when we can, and provide what we can.”

Earlier this week, Proctor’s police chief told FOX 21 that his investigators worked on police reports over the weekend to wrap up their investigation into criminal misconduct allegations involving some members of the high school’s football team.