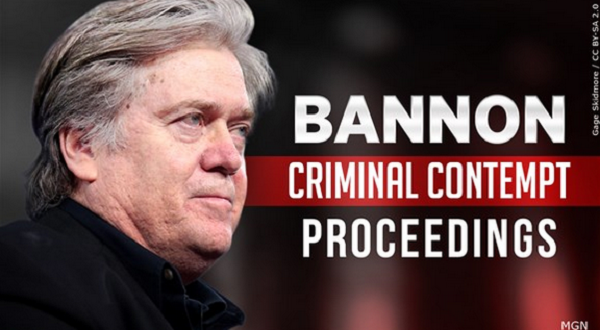 WASHINGTON (AP) – The House voted Thursday to hold Steve Bannon, a longtime ally and aide to former President Donald Trump, in contempt of Congress after he defied a subpoena from the committee investigating the Jan. 6 Capitol insurrection.

Now the U.S. attorney’s office must decide whether to prosecute.

The congressional committee has vowed to move swiftly and forcefully to punish anyone who won’t cooperate with the probe.

The vote was mostly along party lines, with almost all Republicans voting against the contempt measure. The partisan debate is emblematic of the raw tensions that are still lingering in Congress nine months after the Capitol attack.