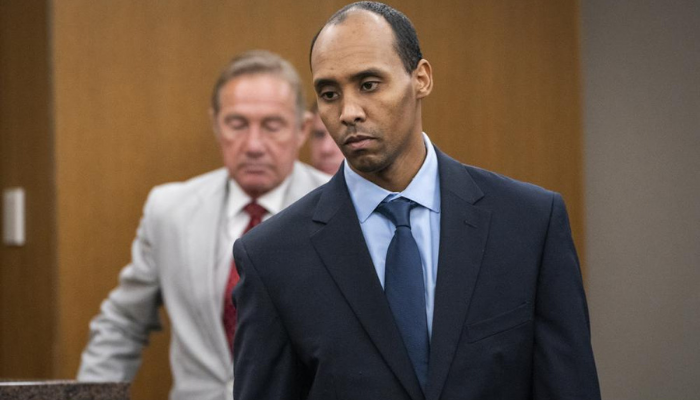 MINNEAPOLIS (AP) – A former Minneapolis police officer who fatally shot an unarmed woman after she called 911 to report that she heard a possible rape happening behind her home will be sentenced on a lesser charge.

Mohamed Noor was initially convicted of third-degree murder and manslaughter in the July 2017 death of Justine Ruszczyk Damond.

He was sentenced to 12 1/2 years on the murder count, but the Minnesota Supreme Court threw out that murder conviction last month.

Noor is back to court Thursday to be resentenced on the manslaughter count. He could face anywhere from 41 to 57 months in prison under sentencing guidelines.

In a statement prosecutors read during Thursday’s hearing, Damond’s parents called for the longest possible sentence.

Noor’s resentencing is scheduled for 9 a.m.