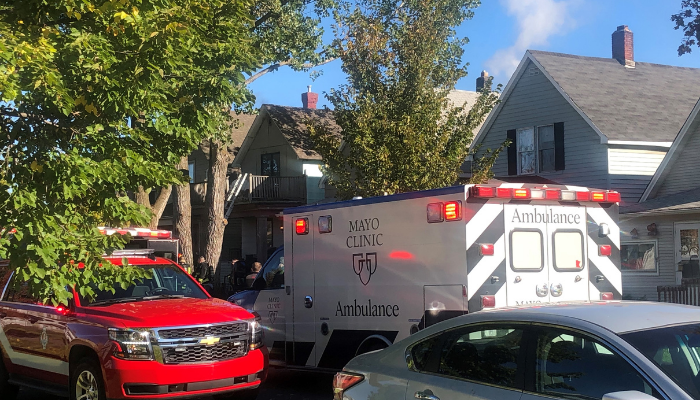 SUPERIOR, Wis. – Fire crews responded to a house fire in Superior Thursday morning where at least one person was injured, according to the Superior Fire Department.

Fire crews arriving at the scene reported heavy fire coming from the second-story rear of the house.

One person was taken from the scene in an ambulance.

Authorities say the home suffered heavy fire damage which is estimated at $85,000.

There is no word yet on the extent of the victim’s injuries or the cause of the fire.