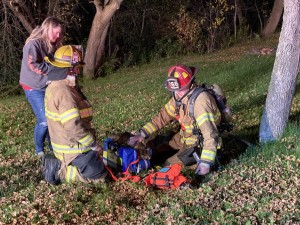 Firefighters could be seen giving the cat some oxygen after taking in too much smoke.

The fire broke out around 7:15 p.m. on the 1600-block of Commonwealth Avenue in the Gary-New Duluth neighborhood. 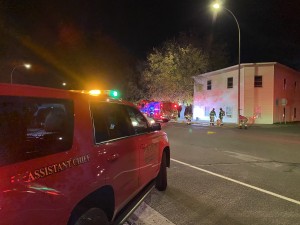 When crews arrived, flames were seen from the second floor of the four-plex.

Everybody got out without injuries.

As for the cat, it was found during a search of the building by firefighters and taken to an ER vet for treatment.

A cause of the fire is under investigation.